February 16, 2021
Hi everyone, Wanted to share with you some common symptoms and what to look out for when it comes to determining if you or someone you know may have an eating disorder. Please contact me for more information or to make an appointment for you or a loved one at www.nutritionbyellen.com. I am here to help you :) 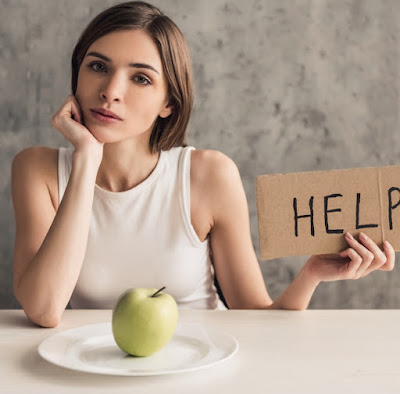 Popular posts from this blog

Some of my new favorite raw food recipes

Spring is in the air!

May 10, 2021
Spring is in the air and life is good! I am sorry I have not posted in quite a while. I have been super busy getting life back to normal now that my husband and I are both vaccinated and our kids are resuming school in person as well as other activities. It almost feels like we went from point A to point Z in only a few weeks! I am not sure if any of you follow me on my socials, but I did a great 2 week "Try New" challenge and it was a lot of fun. You can look at my "highlights" tab labeled "challenge" to see what it was all about. I really enjoyed trying new foods, new behaviors and new recipes! And so did my followers/clients! If you did not get the chance to try this during the challenge, you can absolutely do this at any time. For 2 weeks, challenge yourself to try either a new food, new behavior or a new recipe. See if it helps you in any way. Perhaps a new behavior will help you get to your goals quicker. New foods will help you not feel bored with y
Post a Comment
Read more

March 25, 2010
Easy Organic Beet Salad Ingredients: One large Beet Walnuts- handful fresh dill-2 -3 sprigs 1 lemon Wash beet and scrub with brush over running water Peel the beet and chop into small evenly cut cubes. Place in a steamer and boil for 7-10 minutes. Place beets in a bowl of ice water to cool. When cool remove and place in bowl. Add chopped walnuts,chopped dill and juice of one lemon, refrigerate until cold and eat when ready
37 comments
Read more